Lymphoplasmacytic lymphoma/Waldenström's macroglobulinemia (LPL/WM) is a rare lymphoproliferative malignancy. At present, evidence from randomized clinical trials is limited to inform on optimal management of LPL/WM across various lines of therapy. Although therapeutic advances have been made, it is unclear how the changing treatment landscape has impacted the population-level survival of LPL/WM patients. Therefore, this population-based study aimed to assess trends in first-line therapy and relative survival (RS) among LPL/WM patients diagnosed in the Netherlands during a 30-year period. 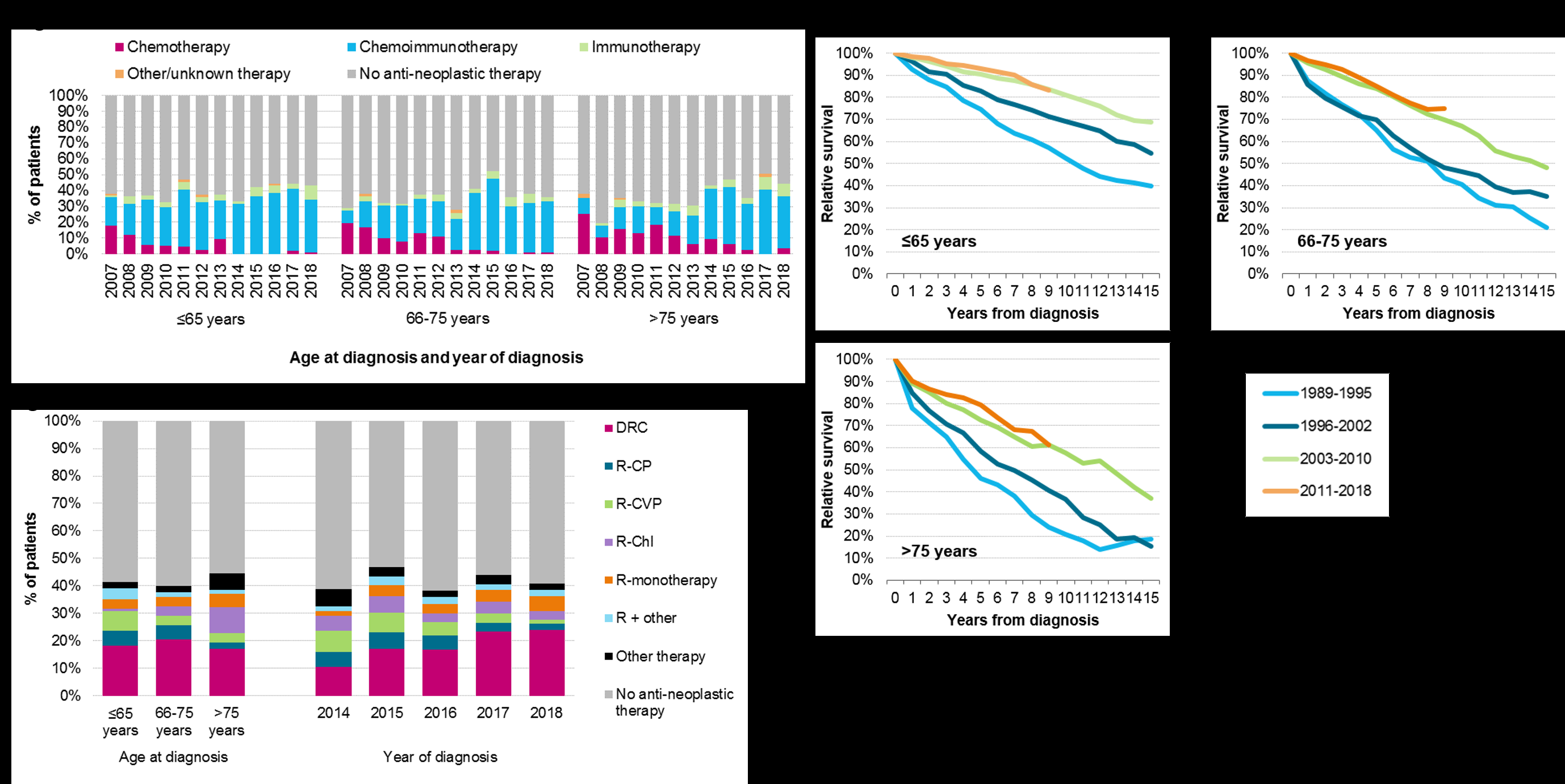 The use of chemotherapy alone in LPL/WM seems to be almost entirely abandoned in contemporary clinical practice in the Netherlands. The impressive survival improvement over time may be accounted for by the introduction and broader application of rituximab-containing therapy since its introduction early-mid 2000. The lack of survival improvement in the post-rituximab era should bolster forthcoming studies across various lines of therapy to further improve survival in LPL/WM.